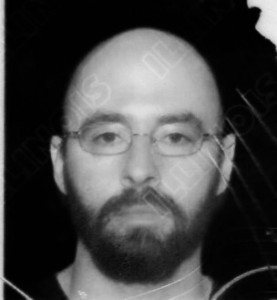 Benjamin Ray Ferguson, 39, of Lincoln, passed away Tuesday, November 24, 2015 at home surrounded by his family.

Cremation rites have been accorded. A memorial gathering will be held Sunday, December 13, 2015 from 2-4 PM at Holland Barry & Bennett Funeral Home.

Benjamin was born November 10, 1976 in Normal, IL., the son of Corlin and Mary Alice (Osterman) Ferguson. He was a carpenter, working several years in Bloomington, IL. under Carpenters Local #63. He enjoyed drawing, wood working, hiking, camping and nature. He was an avid Chicago Bears and Chicago Cubs fan.

He was preceded in death by his paternal grandparents Irl and Martha Ferguson and maternal grandfather Les Osterman.

In lieu of flowers, memorial donations may be made to the family and will be accepted at the funeral home.