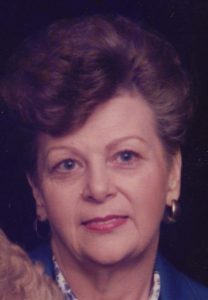 Betty Lou Logan, 85, of Lincoln, passed away March 13, 2018 at Generations of Lincoln.
Visitation will be from 10 AM until 12 Noon Saturday, March 24, 2018 at Holland Barry & Bennett Funeral Home. Funeral services will be at 12 Noon Saturday also at the funeral home. Burial will follow in New Union Cemetery.

She was preceded in death by her parents, husbands, and brother William Deuterman.

Memorial donations may be made to the American Macular Degeneration Foundation and will be accepted at the funeral home.