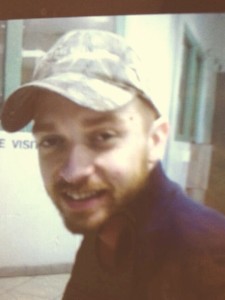 Visitation will be from 5-7 PM Thursday, September 24, 2015 at Holland Barry & Bennett Funeral Home. Funeral services will follow at 7PM also at the funeral home. Cremation rites will then be accorded and burial will be at a later date.

Brandon was born November 9, 1990 in Lincoln, IL., the son of William E. Stoltzenburg and Margaret (Robbins) Hufnagel. He attended Lincoln Community High School. Brandon was a Navy Sea Cadet from the age of 13 to the age of 18. He was a kind soul who enjoyed spending time with his family and friends. He was highly intelligent and enjoyed current events as well as history. He was an avid St. Louis Cardinal’s Fan.

He was preceded in death by his grandparents and his father William E. Stoltznburg.