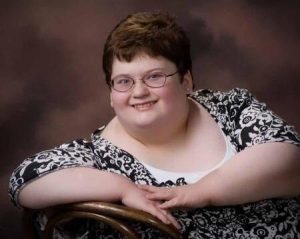 Cremation rites will be accorded. A memorial visitation will be held Tuesday, November 1, 2016 at Holland Barry & Bennett Funeral Home from 5-7 PM. Burial will take place at a later date.

Bronwyn was born July 6, 1991 in Decatur, IL., the daughter of Andrea Newton. She graduated in 2010 from Lincoln Community High School. She enjoyed computers, reading, games, art, and playing cards.

She was preceded in death by her maternal great grandparents George and Irma Newton, paternal step grandmother Helen Tiemann, and her sister Tabitha-Wynne Hardy Newton.

Memorial donations may be made to Children’s Hospital of Illinois and will be accepted at he funeral home.