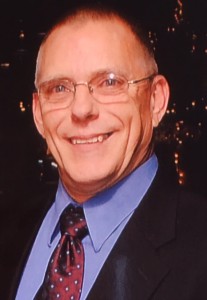 A memorial gathering will be held Friday, December 18, 2015 from 4-7 PM at Holland Barry & Bennett Funeral Home.

Joe was born November 13, 1960 in Lincoln, IL., the son of William Henry and Marilyn Joann (Kasnar) Schneider. He married Bridget Cortelloni on August 20, 1983 in Lincoln, IL.

Joe was a self employed HVAC contractor and instructor for Global Tech. He was a member of the Lincoln Elks Club #914. He enjoyed fishing,barbecuing,woodworking, gardening,and golfing. He was a master of all trades and could fix anything. He built three houses during his lifetime. Joe was an honest, hardworking, loyal, good samaritan who would always go out of his way to help those in need. He enjoyed old western movies. Family was extremely important to Joe. He enjoyed spending time with his family and was a constant support for those he loved.

He was preceded in death by his father.

Memorial donations may be made to Logan County Habitat for Humanity or to Logan Mason Rehabilitation Center in Lincoln (in support of special needs adults) and will be accepted at the funeral home.