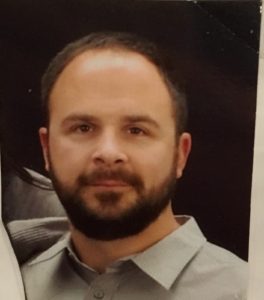 Private family services will be held. A luncheon to celebrate his life will be held Wednesday, June 8, 2016 at 12:30at Lincoln Christian Church. Holland Barry & Bennett Funeral Home has been entrusted with his care.

He was baptized into the Christian faith at Lincoln Christian Church. He was a Journeyman Electrician at Abraham Lincoln Memorial Hospital and owner at Clark Electric. He studied at the IBEW and the JATC Apprenticeship Program. Clint enjoyed playing the guitar and dancing.

Memorial donations may be made to an education fund for Clint’s children in care of James P Allen and will be accepted at the funeral home.