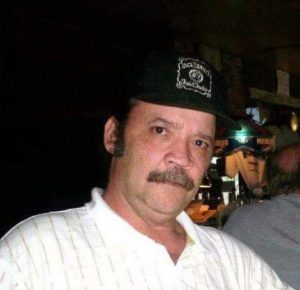 Visitation will be from 5-8 PM Friday, May 13, 2016 at First Assembly of God Church, Normal. Graveside services will be at 12 Noon Saturday, May 14, 2016 at Irish Grove Cemetery, Middletown. Casual dress is requested. Holland Barry & Bennett Funeral Home, Lincoln has been entrusted with his care.

Curt was born August 16, 1962 in Springfield, IL., the son of Geraldine “Deany” (Skelton) and Earl Baker. He was a drywaller, bartender, and member of the carpenter’s union in Bloomington. He enjoyed drinking Busch Light and Jose Cuervo, fishing, cookouts with family and friends, and spending time with his grandchildren. He was the life of the party and never missed an opportunity to drink a beer and party with friends and family.

He was preceded in death by his grandparents, his mother Deany Baker, brother Kenneth Earl Baker and sister Diana Allen.

Memorial donations may be made to the family (in care of Earl Baker) and will be used for funeral expenses.