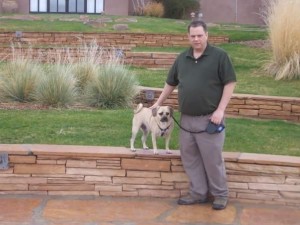 David Bixler Jr., 43, of Lincoln, passed away Saturday, August 15, 2015 at Memorial Medical Center, Springfield.
Cremation rites have been accorded. Memorial services will be 10:00 AM Saturday, August 29, 2015at Holland Barry & Bennett Funeral Home in Lincoln with burial to follow in New Union Cemetery, Lincoln.

David was born March 18, 1972, in Lincoln, IL., the son of David Bixler Sr. and Candice Campbell Bixler.
He was an active volunteer at the Humane Society in Lincoln, IL. and in Denver, CO. David was an avid NASCAR fan, especially Jeff Gordon.

He was preceded in death by his mother, his grandparents, his uncles Randy Campbell, Terry Campbell, Ronnie Bixler and Gary Bixler and his Aunt Carol Bixler.

Memorial donations may be made to the family to help with funeral expenses and will be accepted at the funeral home.