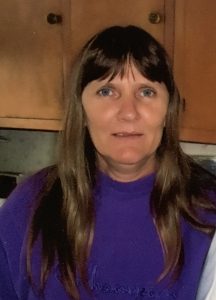 Cremation rites have been accorded. Private family graveside services will be held. Holland Barry & Bennett Funeral Home in Lincoln has been entrusted with her care.

Dianah was born November 21, 1955 in Pana, IL., the daughter of Carl Galvin and Patricia McCarty. She married Phillip Dean “Herb” Birdwell on December 18, 1976 in Latham, he survives.

She enjoyed garage sales, hunting for a bargain, arrow head hunting, going for walks and being in nature, 4 wheeler riding, and was an avid pool player. She loved spending time with her friends and family.

Memorial donations may be made to St. John’s Hospice.