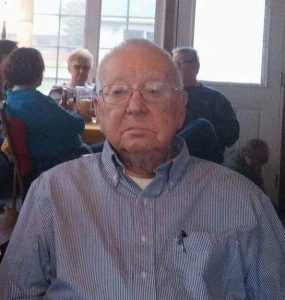 Cremation rites have been accorded.
A time of visitation will be from 10 AM until 11 AM Tuesday, May 8, 2018 at Holland Barry & Bennett Funeral Home. Memorial services will follow at 11 AM with Ron Otto officiating. Burial will be at a later date in Ohio.

He proudly served his country in the United States Army in the European Theatre. He was a member of Lincoln Christian Church and the Lincoln Masonic Lodge 210. Donald was employed at Hersh TV for 17 years and at Klaus Radio in Champaign for 20 years. He enjoyed carpentry and woodworking.