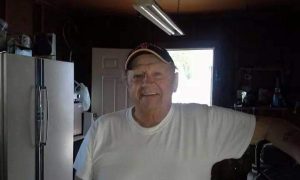 Visitation will be from 5-7 PM Monday, April 30, 2018 at Middletown Methodist Church. Funeral services will be at 11 AM Tuesday, May 1, 2018 also at the church. Burial will follow in Irish Grove Cemetery.

He proudly served his country in the united States Navy from May 7, 1956 until February 24, 1959. Earl worked in construction for more than 20 years and was the New Holland Middletown Bus Driver for 27 years. He enjoyed watching sports on TV, fishing, and fiddling in his garage.

Memorial donations may be made to the family for help with funeral expenses.