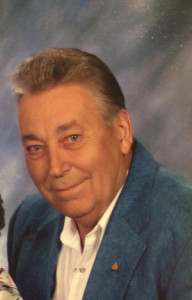 Surviving are his wife Donna Miller; his daughter Tracey Rawlings; his grandson Troy Rawlings; and his brothers Tom Miller and Chuck Miller.

He was preceded in death by his parents, his son Troy Lynn Miller, and an infant brother.

Memorials may be made to the Logan County Calf Scramble, St. Jude’s, or to the organization of the Donor’s Choice and will be accepted at the funeral home.