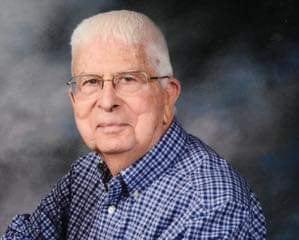 Fox, Ronald W. (Ron), died Tuesday, December 4, 2018 at the age of 81. Although Ron passed away in Dayton, OH, his heart was always in Lincoln, IL. Ron was born on April 14, 1937 in Lincoln (Beason), IL to the late Harold and Vernadine Fox. He is survived by his wife of 59 years, Marilyn, son Brian Fox (Todd Fassero), daughter Susanne Burritt (Bob), granddaughters Tatum and Alyssa, sister Wanda Southern (Jack), nieces Robin & Kristina and nephew, Rod. Ron earned a degree in civil engineering in 1959 from Bradley University where he met Marilyn. Shortly after graduation, they married and bought their first and only home in Lincoln. Following in his father’s footsteps, he spent his entire working career with the Logan County Highway Department, retiring from his position of County Engineer on April 28, 1999. He also spent many Saturdays with his friend, Pete Frantz, on their business, Logan County Land Surveying and Engineering, sharing donuts and coffee while doing surveys all around the county. Ron was an active member of the community serving on the Lincoln Planning Commission, Logan County Regional Planning Commission, Illinois Association of County Engineers, Lincoln Rotary Club, Lincoln Elks Club, and Lincoln Masonic Lodge. He could often be found on the golf course or tennis court, both in Lincoln and at their winter home in Sun City, AZ. Ron shared his travels, camping trips, bridge parties, fishing trips, conversation, and laughter with his family and many life-long friends and he will be greatly missed. Visitation will be held Wednesday, December 19, 2018 starting at 11:00 a.m. with a funeral service at 1:00 p.m. at the First United Methodist Church in Lincoln, IL. A luncheon will be served at the church following the service. The family welcomes flowers, or donations to The Alzheimer’s Association or Hospice of Dayton.yellowbutton]
Send Condolences
[/yellowbutton]