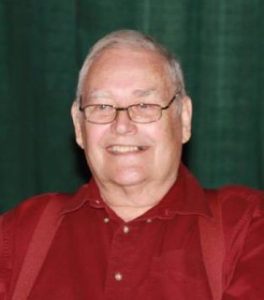 Cremation rites have been accorded by Holland Barry & Bennett Funeral Home. A memorial gathering will be held Tuesday, August 30, 2016 from 10 AM until 11 AM at Zion Lutheran Church in New Holland, IL. Memorial services will follow at 11 Am also at the church. A luncheon will follow services.

Frederick was born November 9, 1931 in Emden, IL., the son of Harm and Marie (Trepel) Detmers. He married Dolores Duffey on June 22, 1950. He proudly served his country in the United States Army.

He was preceded in death by his parents and his sister Janette Kaesebier.

Memorial donations may be made to Zion Lutheran Church of New Holland or to The Christian Village.