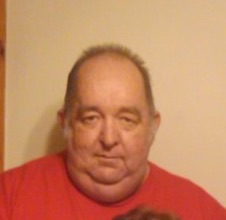 Gene Earl Hobbs, 65, of Lincoln, passed away May 10, 2015 at Abraham Lincoln Memorial Hospital in Lincoln, IL.
Cremation rites have been accorded. Burial will follow at a later date in Richmond Grove Cemetery, New Holland, IL. Holland Barry & Bennett Funeral Home in Lincoln has been entrusted with his care.

Mr. Hobbs proudly served his country in the United States Air Force for 25 years. He was a member of Middletown Presbyterian Church. Gene loved to fish.

He was preceded in death by his parents and his sister Donetta Hurst.

In lieu of flowers, memorial donations may be made to Holland Barry & Bennett Funeral Home to help with funeral expenses.