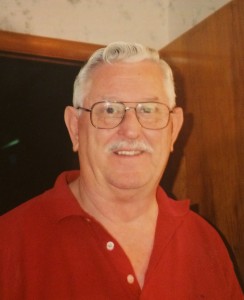 George Davison, 82, of Lincoln, passed away Tuesday, November 10, 2015 at home surrounded by his loving family.

Cremation rites have been accorded. Memorial services will be held Monday, November 16, 2015 at Jefferson Street Christian Church at 5:30 PM with Henry Johnson and Michael Mallick officiating. Food and fellowship will follow. There will be no burial at this time. Holland Barry & Bennett Funeral Home in Lincoln has been entrusted with his care.

Mr. Davison proudly served his country in the United States Army and was blessed to have recently been a part of the Land of Lincoln Honor Flight. George graduated from Vandalia Community High School where he was active in sports. He was a switchman/lineman for GTE for many years, retiring in 1993. After retirement he worked as a free lance commercial telephone and computer repairman for Lincoln College and other area businesses. He enjoyed electronics repair, computers, general handyman work, and was a MC Donalds coffee group regular.

In lieu of flowers memorial donations may be made to Jefferson Street Christian Church or to the Land of Lincoln Honor Flight.