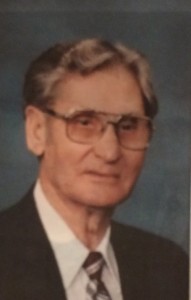 Gerald is survived by one daughter, Cynthia (Gary) Minder of Lincoln and one son, Gerald Edward (Malcolm Behrnes) of Baton Rouge, LA; one sister, Sharilyn Wright of Ullin; brothers Jack (Judy) Crippen and Carl (Sue) Crippen both of Ullin; brother-in-law, Ivan Coursey of Ullin and sistes-in-laws, Mary Crippen of Marion, IL, and Anita Frizzell of Lincoln, IL. He is also survived by grandchildren, Kristen (David) Lanning of Lincoln, Angela (William) Majino of Fenton, MO, and Matthew (Carissa) Minder of University City, MO, as well as great-grandchildren, Alexandria and Annika Lanning, Vincent Majino, Desmond and Grant Minder. His parents and six siblings preceded him in death.

Gerald was a retired farmer and carpenter and enjoyed making wooden shelves, stools, benches, doll beds and wagons for many friends and family. He was a member of American Legion Post #178 and the Community of Christ Church in Decatur, IL. He was a superannuated deacon who had also served in the Marion congregation before moving to Lincoln in 1992. Gerald served in the Navy aboard a mine destroyer in World War II.

Visitation for Gerald will be Friday, August 28, 2015 from 5:00 to 7:00 PM at Holland Barry & Bennett Funeral Home, 620 Pulaski Street, Lincoln, IL.Graveside service will be Saturday, August 29, 2015 at 10:00 AM at Holy Cross Cemetery in Lincoln with Evangelist Richard Streibich officiating. Immediately following, a memorial service officiated by Pastor Deby Klein and Evangelist Richard Streibich, a luncheon will be held at Community of Christ Church, 5655 Union School Road, Decatur, IL.

In lieu of flowers, memorials may be made to Community of Christ Church, Decatur, IL.