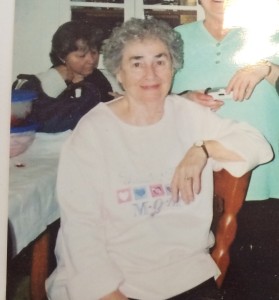 Helen was born February 17, 1926 in Lincoln, IL., the daughter of Robert and Dorothy (McGown) Ingram. She married Julius Hubner in August of 1943. He preceded her in death on December 28, 1980. Together, they celebrated 36 years of marriage.

Helen was a member of First Cumberland Presbyterian Church in Lincoln where she served in their women’s ministries. She was an avid bowler and enjoyed playing Bingo.

She was preceded in death by her parents, her husband, her daughter Pam Hubner, 3 brothers, one sister, and 3 nephews.

Memorial donations may be made to the First Cumberland Presbyterian Church, Lincoln and will be accepted at the funeral home.