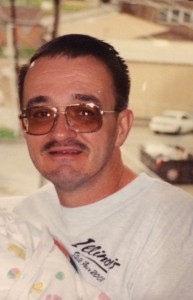 Visitation will be from 11 AM until 1 PM Monday, May 18, 2015 at Holland Barry & Bennett Funeral Home in Lincoln. Funeral services will be at 1 PM Monday, also at the funeral home with Pastor Ben Manley officiating. Burial will follow in Zion Cemetery, Lincoln.

Gene was born February 26, 1956 in Lincoln, IL., the son of Andrew and Phyllis (Doolin) Witt. He married Cathy Zimmerman on August 9, 1996 in Lincoln, IL. Gene was a night watchman at Lincoln Community High School and was employed at Wal Mart as maintenance personnel and as a greeter. He attended the Lincoln First Baptist Church.

He was preceded in death by his grandparents, his father, and his mother in law Barbara Zimmerman.

Memorial donations may be made to Holland Barry & Bennett Funeral Home to help with funeral expenses.