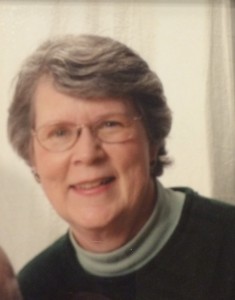 Cremation rites have been accorded. A memorial gathering will be held Sunday, January 3, 2016 from 5-7 PM at Holland Barry & Bennett Funeral Home in Lincoln. Memorial services will be held Monday, January 4, 2016 at 11 AM at First Presbyterian Church, Lincoln with Rev. Adam Quine officiating.

Jeanette was born March 31, 1943 in Mt. Sterling, IL., the daughter of Randall and Lois (Ritchey) Glasgow. She married Robert “Bob” Chamberlain on August 20, 1966 in Mt. Sterling, IL. She was a member of First Presbyterian Church, Lincoln. Jeanette was a teacher, retiring in 2002 after 25 years of service in District 27. She was a Master Gardener, a member of Quilters at Heart, several pinochle groups, and previously served in Logan County 4H in several capacities. She enjoyed sewing, crafting, gardening and the outdoors, traveling, cooking, playing cards, and reading.