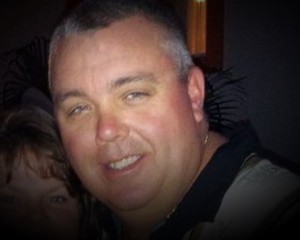 Jeffrey Dale “Jeff” Bailey, 44, of Lincoln, passed away, surrounded by his family, on February 1, 2016 at Memorial Medical Center, Springfield, IL., after a short battle with cancer.

Visitation will be from 5-7 PM Thursday, February 4, 2016 at Holland Barry & Bennett Funeral Home. Funeral Services will be at 10:30 AM Friday, February 5, 2016 at Lincoln Christian Church with Ron Otto officiating. Burial will follow in Steenbergen Cemetery, Mt. Pulaski, IL.

Jeff was born February 22, 1971 in Lincoln, IL., the son of Denis and Constance (Reiter) Bailey. He married Penny Marsh on May 7, 1994 in Mt. Pulaski, IL. He attended Lincoln Christian Church. Jeff was employed at Exelon Nuclear Power in Clinton, IL. He enjoyed boating and spending time on the lake with family and friends. He was an avid Pittsburg Steelers fan. He was a wonderful and loving husband and father. His family was his number one priority. He will be sadly missed and lovingly remembered.

He was preceded in death by his grandparents Jack and Hilda Reiter and Millard and Dorotha Bailey and his mother in law Linda Marsh.

Memorial donations maybe made to the American Cancer Society and will be accepted at the funeral home.