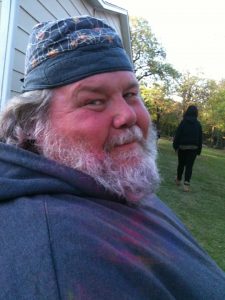 Cremation rites have been accorded by Holland Barry & Bennett Funeral Home. A Celebration of Life service will be held at 1 PM Friday, July 21, 2017 at Lincoln Christian Church, be sure to wear Cubs gear!

He was a 1981 graduate of Lincoln Christian College and went on to serve in Youth Ministry for over 25 years.

Jeff began his service at Inner City Mission in Springfield in the summer of 1997 and served until 2014 as the Director of Social Services. He was involved in more than 120 camps during his ministry years. Jeff was the founder of “JHB” (Jeff Higginson Band), which raised over $30,000.00 for Inner City Mission while leading worship. He was a gifted guitarist, CUBS fan extraordinaire, and follower of Christ. He loved his family, his friends, and the people that God placed in his path.

He was preceded in death by his mother and father.

Donations can be made to help defray end of life expenses for the family atwww.youcaring.com/jeff-higginson-565111.