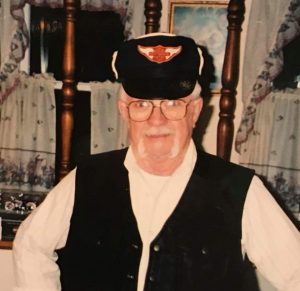 Visitation will be from 11 AM until 1 PM Friday, August 31, 2018 at Holland Barry & Bennett Funeral Home. Funeral services will follow at 1 PM. Burial will be in New Union Cemetery with full military rites performed by the American Legion post 263.

He proudly served his country in the United States Army. He was a member of Lifepointe Church of God.
Mr. West retired from LDC as a program director on December 31, 1991. He was an auctioneer, ran a used furniture and antiques store, a proud member of the NRA, and the Logan County friends of the NRA. He enjoyed spending time with family, antiquing, tinkering on his motorcycle , and was a Colts football fan.

In lieu of flowers, memorials may be made to Logan County friends of the NRA and will be accepted at the funeral home.