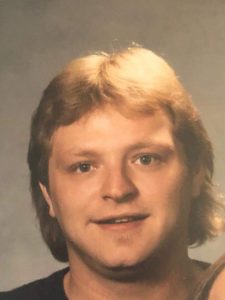 Visitation will be from 11 AM until 1 PM Friday, May 4, 2018 at Holland Barry & Bennett Funeral Home. Funeral services will be at 1PM Friday also at the funeral home. Burial will follow in New Union Cemetery.

J.R. was born August 24, 1966 in Lincoln, the son of Jerrald R. West Sr. and Ressie Jeanette (Joiner) West. He graduated from Lincoln Community High School and obtained a Bachelor’s degree in Counseling from Lincoln Land Community College. He was employed as a drug and alcohol counselor at CRC in Irving, IL. and as a prison counselor in Vandalia, IL.

He was an antique dealer and collector, enjoyed fishing, and enjoyed Little Debbie brownies.

He was preceded in death by his mother and sister Cheryl Lynn West.

Memorial donations may be made to the Oasis Senior Center and will be accepted at the funeral home.