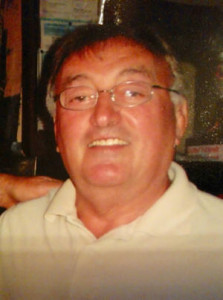 John A. Pozsgai, 73, of Lincoln, passed away January 27, 2015 at Abraham Lincoln Memorial Hospital.

Visitation will be from 11 a.m. to 1 p.m. Monday, February 2, 2015 at Holland Barry & Bennett Funeral Home. Funeral Services will follow at 1 p.m. with Pastor Nolan Recker officiating. Burial will be in Holy Cross Cemetery, Lincoln.

John was born January 2, 1942 in Baji, Hungary, the son of Janos and Eva (Pribil) Pozsgai. He proudly served his country in the United States Army. John retired from Logan Correctional in 2011 after 20 years of service.

Surviving are his daughters: Jennifer Pozsgai of Lincoln, and Melanie Pozsgai-Crowder (Sparky) of Sherman; his grandchildren Dreyden Pozsgai and Blake Horn; his siblings: Anna Bunner of Lincoln, Susie Billington of Lincoln, Mary Morris (Eric) of Lincoln, and Joe Pozsgai (Marge) of Spokane, WA.; he is also survived by several nieces and nephews.

He was preceded in death by his parents and his brother Lazslo Pozsgai.

Memorial donations may be made to Holland Barry & Bennett Funeral Home to help with funeral expenses.