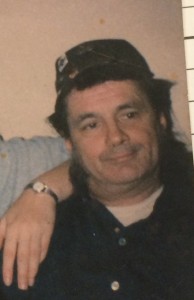 John P. Cronin, 74, of Lincoln, passed away April 27,2015 at Abraham Lincoln Memorial Hospital surrounded by his family.
Cremation rites have been accorded. A memorial visitation will be held from 5-7 PM Friday, May 1, 2015 at Holland Barry & Bennett Funeral Home in Lincoln. A memorial service will follow at 7 PM. Burial will be at a later date at Camp Butler National Cemetery.

John was born February 2, 1941 in Lincoln, IL., the son of John Daniel Cronin and Bernadine Jane Cox. He married Lora Jean Cronin in 1962. John proudly served his country in the United States Army during Vietnam. He was a member of Holy Family Catholic Church and a member of the American Legion Post 263. He was an avid Chicago Bears and Chicago Cubs fan. He enjoyed dancing, listening to the oldies, playing poker and horse shoes, and having a drink with his family and friends.

He was preceded in death by his parents, his brother Bill Cronin, his sister Caroline Cronin, and his son John D. Cronin.

In lieu of flowers, memorial donations may be made to Holland Barry & Bennett Funeral Home to help with funeral expenses.