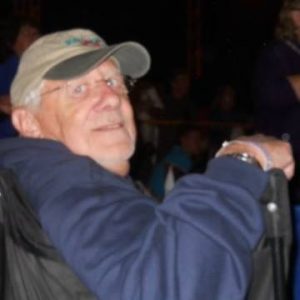 John T. “Honker” Mestinsek, 83, of Lincoln, passed away peacefully October 20, 2016 at home with his loving son by his side.

Visitation will be from 5-7 PM Tuesday, October 25, 2016 at Holland Barry & Bennett Funeral Home with a prayer service at 7 PM. A celebration of life will be held October 29, 2016 at 6 PM at the Knights of Columbus. Cremation rites will then be accorded and burial will be at a later date.

John was born January 13, 1933 in Lincoln, IL., the son of John Mestinsek and Marie C. (Moran) Mestinsek. He proudly served his country in the United States Army during the Korean War. He was a member of Holy Family Catholic Church. John attended the University of Illinois and Lincoln College. He was also a life time member of the Knights of Columbus Council 1250, Lifetime member of the Elks Lodge 914, a member of the American Legion post 263 for 63 years, and a 40 and 8 member for 56 years. He was a Senior claims Adjuster for Country Companies for 35 years and was the former owner of the Old Mikwaukee Tavern from 1967-1974. John had a successful hobby of building hot rods and racing boats. He was an avid sprint car fan and traveled the Midwest with Dean Shirley enjoying races.

Surviving are his son Jonathan S. Mestinsek and his wife Lisa of Lincoln; grandchildren Lillian Wilkin, Burke Wilkin, and Reilly Marie Mestinsek all of Lincoln; and his faithful canine companion AJ.

Memorial donations may be made to Holy Family Catholic Church or to the Knights of Columbus and will be accepted at the funeral home.