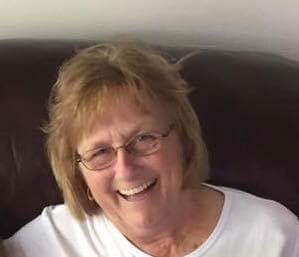 Linda Jane (Tripplett) Garriott, 71, of Lincoln,formerly of Middletown, passed away July 20, 2018 at home, surrounded by her family.

Visitation will be from 5-7 PM Tuesday, July 24, 2018 at Holland Barry & Bennett Funeral Home. Funeral services will be held at 10 AM Wednesday, July 25, 2018 also at the funeral home with Pastor Ron Otto officiating. Burial will follow in Irish Grove Cemetery, Middletown.

Linda was born May 8, 1947 in Roodhouse, IL., the daughter of Edward and Mary (Merriman) Osborne. She married James Tripplett June 14, 1969. He preceded her in death on July 26, 2008. She later married Kenny Garriott on September 11, 2013. Linda was employed as a nurse for 33 years for the Memorial Medical Group and associated clinics. She was a member of Middletown Presbyterian Church and the Eagles Lodge 2708. She loved her family, loved her dogs, enjoyed visiting with friends, and enjoyed trips to the river boat.

Memorial donations may be made to Relay For Life of Logan County and will be accepted at the funeral home.