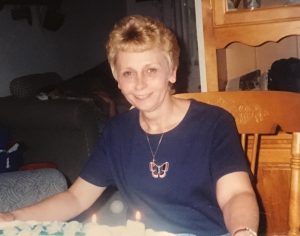 Visitation will be from 5-7 PM Wednesday, November 30, 2016 at Holland Barry & Bennett Funeral Home. Funeral services will be Thursday, December 1, 2016 at 10 AM also at the funeral home. Burial will follow in Zion Cemetery, Lincoln.

Linda was born June 4, 952 in Lincoln, IL., the daughter of Charley and Donna Belle (Petro) Vannoy. SHe married Earl Smith, he preceded her in death. She later married David Sherrer on July 5, 1983. She was employed at the bottle factory in Lincoln for 31 years and was a past employee of the Woodlawn Café.

She was preceded in death by her parents; her first husband Earl Smith, and her son Derek Sherrer.