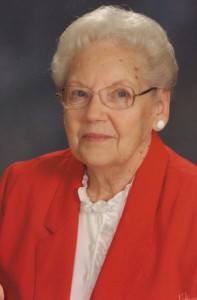 Cremation rites have been accorded. Holland Barry & Bennett Funeral Home has been entrusted with her care. Graveside services will be held Monday, August 10, 2015 at 10 AM at New Union Cemetery.

She married Carl Berger. He preceded her in death on May 2, 1981. She worked at West Lincoln Broadwell School for several years. She also worked at Economy Insurance Company.

She was preceded in death by here parents, three brothers, and her husband Carl.

She was a member rod the American Legion Post 263 Auxiliary and Immanuel Lutheran Church.