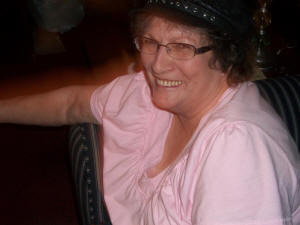 HOPEDALE – Mary Jane Parks, 78, of Hopedale, passed away January 19, 2015 at Hopedale Nursing Home with her family by her side.

Mary Jane Parks, 78, of Hopedale, IL., passed away January 19, 2015 at Hopedale Nursing Home with her family by her side.

Visitation will be from 11 a.m. until 1 p.m. Saturday, January 24, 2015 at Holland Barry & Bennett Funeral Home in Lincoln. Funeral services will follow at 1 p.m. Saturday also at the funeral home with Pastor Larry Crawford officiating. Burial will be Monday, January 26, 2015 at 11 a.m. at New Union Cemetery, Lincoln.

Mary was born June 13, 1936, the daughter of Dewey and Rhonda (Wilkerson) Parkhurst. Mrs. Parks retired from Eaton after more than 20 years of service. She was a WWE fan and enjoyed watching John Cena. She loved to eat at Bonanza and could spend hours at Wal Mart.

She was preceded in death by her parents, her son Timmy Parker, and her brothers Bill Parkhurst and David Parkhurst.

Memorial donations may be made to the family in care of Heather Minder and will be accepted at the funeral home.