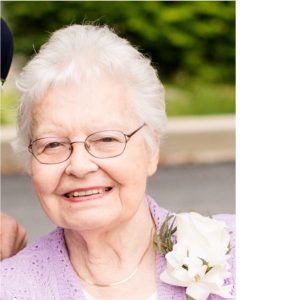 Maxine Amberg Seggelke, 90, of Lincoln, went to be with her Lord on July 16, 2017 at The Christian Village in Lincoln, Illinois.

Visitation will be from 5-7 p.m. Friday, July 21, 2017 at Holland Barry & Bennett Funeral Home in Lincoln, Illinois.  Funeral services will be at 10:00 a.m. Saturday, July 22, 2017 at Lincoln Christian Church with Ryan Edgecombe officiating.  Burial will be at a later date at Camp Butler National Cemetery in Riverton, Illinois.

She was preceded in death by her parents and her husband.