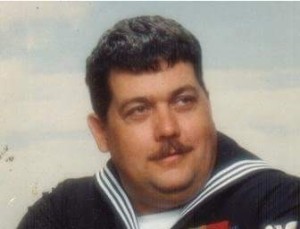 Funeral services will be at 11:00 AM Monday, June 22, 2015 at Holland Barry & Bennett Funeral Home in Lincoln. Burial will follow at 1 PM at Camp Butler National Cemetery, Springfield with full military rites.

Mr. Handlin proudly served his country in the United States Navy from 1984-1999 earning several commendations. He received a National Defense Medal, two Navy Achievement Medals, and Expert Rifle and Expert Pistol Medal, a Meritorious Unit Commendation and four Good Conduct Awards. He was titled an Enlisted Aviation Warfare Specialist and acted as an aviation instructor for the US Navy.

Mike was the owner of Handlin’s Cosmetology School in Cowden, IL. He enjoyed spending time with his family and friends and will be missed by all who knew and loved him.

He was preceded in death by his mother.

In lieu of flowers, memorials may be made to the Mike Handlin Memorial Trust at the Community Banks of Shelby County, Cowden Branch.