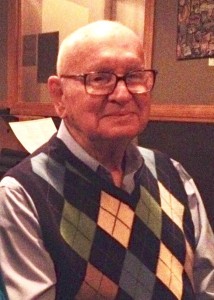 Cremation rites have been accorded. There will be no services at this time. Graveside services will be at a later date in Ava, Illinois. Holland Barry & Bennett Funeral Home has been entrusted with his care.

Morris proudly served his country in the United States Air Force during the Korean War. He retired from Mac Murray College where he taught building trades. He was a former Illinois State Trooper. Mr. Akers was a member of Jefferson Street Christian Church. He was an avid St. Louis Cardinals fan and an avid bridge player. He belonged to several bridge clubs. He enjoyed fishing, boating, hunting, and the outdoors.

He was preceded in death by his parents, his sister Joan Lee, and one grandchild.

Memorial donations may be made to Jefferson Street Christian Church and will be accepted at the funeral home.