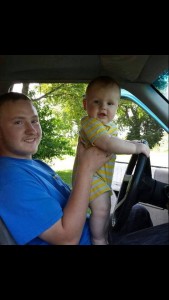 Nicholas Evan “Nick” Richardson, 20, of Lincoln, passed away Friday, February 26, 2016 as the result of a tragic car accident.

Funeral services will be 7 PM Wednesday, March 2, 2016 at Holland Barry & Bennett Funeral Home. Visitation will be from 5-7 PM Wednesday also at the funeral home. Cremation rites will then be accorded and burial will be at a later date.

Nicholas was born July 5, 1995 in Springfield, IL., the son of Thomas and Steffanie (Cordes) Richardson. Nick enjoyed four wheeler riding and riding dirt bikes. He loved spending time with his friends and family. He was employed by Top Flight Grain.

He was preceded in death by his paternal grandfather and his great grandparents.

Memorial donations may be made to the Evan Richardson Trust Fund in care of State Bank of Lincoln and will be accepted at the funeral home.