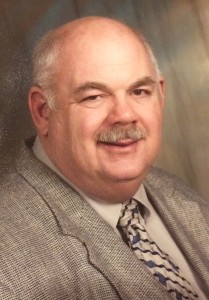 On Saturday, October 10, 2015 Norm Clark of Lincoln departed this world from the cockpit of his favorite recliner, and embarked on the most exciting flight of his life into the arms of his Lord and Savior.

He was a graduate of Lincoln Community High School where he held school football running, blocking and touchdown records for many years and was named Most-Outstanding Player and All-State Fullback his Senior year.

From 1968-72 Norm served in the US Air Force 27thTactical Fighter Squadron as an Electronics Specialist on the F-4 Phantom Weapons System. During that same period he acquired his Private Pilot License, Flight Instructor Rating and Commercial Pilot’s License. Upon discharge, Norm continued his Aviation Education earning Instrument Instructor, Multi-Engine, Airline Transport Rating, and Rotocraft-Helicopter Certificates as well as receiving FAA certification as an Aircraft Mechanic with an Inspector rating. For many years he operated the Logan County Airport and provided flight services there. As a Professional Pilot the rest of his working years, he owned and operated Norm Clark Flying Service where he provided Flight Instruction, flew Commercial Flights, and provided Aircraft Maintenance. In addition he served farmers and seed companies across the state as an Aerial Applicator in both fixed wing and turbine helicopter crop spraying. In the winter he plowed snow for many Lincoln home owners and businesses.

Norm was a member of Lincoln Christian Church where he taught Junior High Boys Sunday School for many years and served as a Deacon, an Elder, and Chairman of the Church Board. He was an avid animal lover and his dachshund Low Boy was a constant companion and well-known all over town.

As an avid joke teller, Norm loved to entertain with his stories and often he laughed the most. He loved summers in Park Rapids, MN where he was well-known on Long Lake as Captain Norm Clark of the S.S. Minnow.

Norm is survived by his wife and high school sweetheart Gail, Son Brian Clark of Lincoln, Daughter Krista McBeath, Son-in-Law Robert McBeath, and precious Granddaughter Jillian McBeath of Bloomington. He was preceded in death by his Father Byron Clark.

Services for Norm will be Friday, October 16 at 11:00 am at Lincoln Christian Church. Burial will follow in New Union Cemetery, Lincoln with full military rites provided by the American Legion Post 263. Visitation will be Thursday, October 15 from 4:00 to 7:00 pm at Holland, Barry and Bennett Funeral Home in Lincoln. Memorials may be made to Lincoln Christian Church or to the local Humane Society of Logan County.