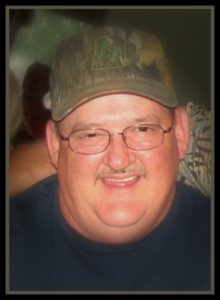 As Pat requested, cremation rites have been accorded. There will be a memorial gathering from 11 AM until 2 PM Saturday, June 18, 2016 at Holland Barry & Bennett Funeral Home. Memorial services will follow at 2 PMalso at the the funeral home with Father Laible officiating. Casual dress is requested. Burial will be at a later date.

Pat was born September 2, 1954 in Lincoln, IL., the son of Thomas Joseph and Agnes Catherine (Alexander) O` Donoghue. He married Judy Kay Bragg on July 19, 1974 in Lincoln, IL.
Pat graduated from Lincoln Community High School in 1973. He worked as a correctional officer in Pontiac and in Lincoln until his retirement in May of 2010. He loved his job and truly looked forward to going to work very day. Pat was a loving husband, father, and grandfather. He enjoyed spending time with his grandkids and always had a song, trick, or joke to amuse them. He was a member of Holy Family Catholic Church and the Eagles Lodge #2708. He enjoyed being in the garage, auctions, fishing, hunting, and football.

He was preceded in death by his parents and his brother Phillip “Punk” O`Donoghue.

Memorial donations may be made to St. Jude’s Children’s Research Center and will be accepted at the funeral home.