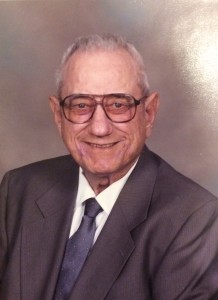 Cremation rites will be accorded and burial will be at a later date in Mason City Cemetery. Holland Barry & Bennett Funeral Home in Lincoln has been entrusted with his care.

He was preceded in death by his parents and his wife.

Memorial donations may be made to the American Diabetes Association or to the National Kidney Foundation.