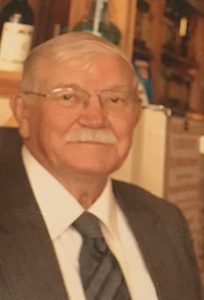 Visitation will be from 10AM until 11AM Saturday, November 11, 2017 at Holland Barry & Bennett Funeral Home. Funeral services will be at 11AM Saturday also at the funeral home. Burial will follow in New Union Cemetery.

In lieu of flowers, memorial donations may be made to the Lincoln Fire Department Safe House or Masonic Lodge 210.