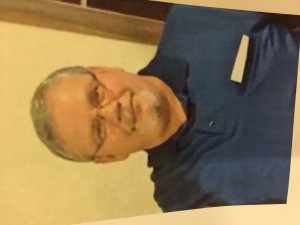 Visitation will be from 5-7 PM Thursday. February 11, 2016 at Open Arms Christian Fellowship. Funeral services will be at 11 AM Friday, February 12, 2016 at Open Arms Christian Fellowship with Pastor Larry Crawford Officiating. Burial will follow in Atlanta Ladies Cemetery, Atlanta, IL. Holland Barry & Bennett Funeral Home has been entrusted with his care.

Rod was born February 14, 1960, the son of Ernest Lloyd and Betty Louise (Highcock) McDougall. He married Barbara Jean Adams. She preceded him in death in 2002. He later married Jacqueline Stauffer on October 24, 2009.

Rod was an active member of Open Arms Christian Fellowship in Lincoln, IL. where he served as a Deacon. He loved the Lord and was always willing to do Kingdom work. He was employed at Contractors Ready Mix. Rod was an avid Chicago Bears fan. He enjoyed fishing and hunting. He had an infectious laugh and he loved to joke and smile. His heart was huge and he loved spending time with his family and friends. Everyone who knew Rod loved him. He will be sadly missed and lovingly remembered.

He was preceded in death by his parents, his wife Barbara Jean McDougall, his son Jeremy Adams, and his sister Tina McDougall.

Memorial donations may be made to Open Arms Christian Fellowship.