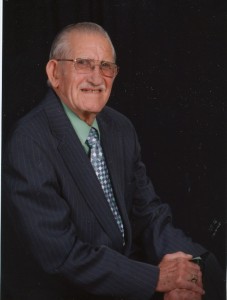 Service: 11 a.m. Saturday at the church

Visitation will be from 10 a.m. to 11 a.m. Saturday, February 14, 2015 at Park Meadows Baptist Church. Funeral services will be at 11 a.m. also on Saturday at the church with Pastor Jeremy Vance officiating. Burial will be Monday, February 16, 2015 at 3PM at New Union Cemetery, Lincoln. Holland Barry & Bennett Funeral Home has been entrusted with his care.

He proudly served his country in the United States Marine Corp. Gerald was a member of the Presbyterian Church in Richwood, WV for 49 years and was a current member of Park Meadows Baptist Church in Lincoln. He was a long time member of the UMWA and was a life time Coal Miner.

Memorial donations may be made to Park Meadows Baptist Church or to Safe Haven Hospice.