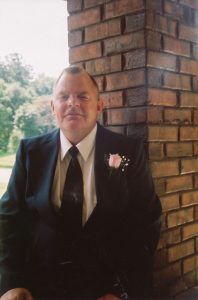 Visitation will be from 5-7 PM Thursday, December 8, 2016 at Holland Barry & Bennett Funeral Home. Cremation rites to follow. There will be no burial at this time.

He was a Special Olympics participant, loved to cook, enjoyed watching wrestling, decorating, making model cars, being on the computer, and listening to music.

Survivors include his wife Tamsin Gilbert of Lincoln; father and mother in law Sam and Mary (Doyle) Horn of Lincoln; brother and sister in law Johnny and Mary Jane Horn of Lincoln; grandparents in law Ruby and William Doyle also of Lincoln. He is also survived by several siblings and friends.

In lieu of flowers, memorial donations may be made to the family and will be accepted at the funeral home.