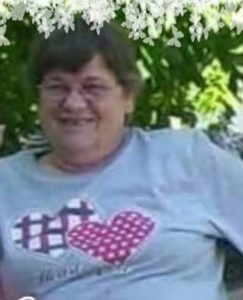 Cremation rites were accorded. A memorial gathering will be held Sunday, July 10, 2016 from 1PM – 3 PM at Holland Barry & Bennett Funeral Home. Burial will be at a later date.

She was a long time caregiver for the developmentally disabled. She enjoyed puzzles and sudoku.

Memorial donations may be made to the family or to Shriner’s Hospital for Children.