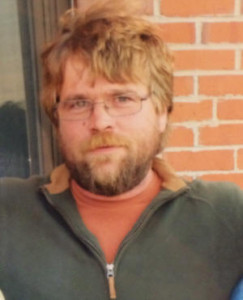 Service: Friday at 7 p.m. at the funeral home.

Visitation will be from 4 to 7 p.m. Friday, February 27, 2015 at Holland Barry & Bennett Funeral Home in Lincoln. Funeral services will be held at 7 p.m. with Pastor Roger David officiating. Cremation rites will then be accorded and burial will be at a later date.

Scott was born January 24, 1971 in Lincoln, the son of Terry Raye and Sheila Kay (Edwards) Lessen. He married Rachel Muller on May 2, 1997 in Fargo, ND. He was employed by Holland Company as a Mod Supervisor for more than 20 years.

Scott was a member of the Beason Sportsman’s Club. He loved the outdoors and enjoyed fishing and camping. He was an avid Chicago Bears and Blackhawks fan. Scott loved his family and enjoyed watching his children play softball, football, and wrestle.

He was preceded in death by his maternal grandmother Alma Jewell Welty, his paternal grandfather Henry Lessen, and his aunt Kris Fricke.

Memorial donations may be made to the Juvenile Diabetes Research Foundation, the LCHS Wrestling Boosters, or to the LCHS Football Boosters and will be accepted at the funeral home.