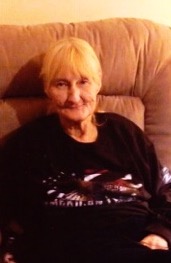 Visitation will be from 1-3 PM Wednesday, February 24, 2016 at Holland Barry & Bennett Funeral Home. Funeral services will follow at 3 PM also at the funeral home with Ryan Edgecombe officiating. Cremation rites will be accorded and burial will be at a later date.

Sharon was born April 17, 1955 in Springfield, IL., the daughter of Robert Lee Hansen and Lora Jean (Pittman) Hansen.
She was a dedicated CNA at The Christian Village. Sharon was a Harley Davidson enthusiast. She also enjoyed NASCAR, especially Dale Earnhardt Sr. and Jr. Sharon was loved by many and will be greatly missed.

Memorial donations may be made to The Christian Village and will be accepted at the funeral home.