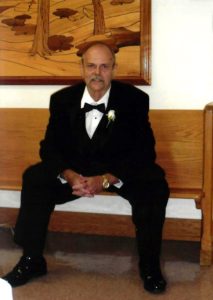 Steven Lee “Steve” Billings, 65, of Emden, passed away Thursday, July 14, 2016 at The Christian Village.
Cremation rites have been accorded. Holland Barry & Bennett Funeral Home has been entrusted with his care. Memorial services will be held Monday, July 25, 2016 at St. Peters Lutheran Church, Emden. A time of visitation will be one hour prior ( from 10 AM until 11AM) also at the church.

Memorial donations may be made to the family in care of Rita Billings.