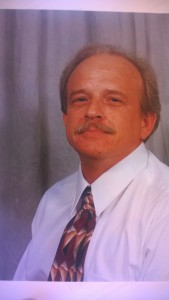 Cremation rites have been accorded. A memorial gathering will be held at 5:00 PM Saturday, August 15, 2015 at Holland Barry & Bennett Funeral Home. Memorial services will follow at 6 PM also at the funeral home. Burial will be at a later date in Arlington National Cemetery.

Terry was born August 17, 1957 in Galesburg, IL., the son of Clyde and Gladys (Wheeler) Case. He married Denise Rose Jordan. She survives. He proudly served his country in the United State Army. Terry was employed as a Food Service Supervisor at Logan Correctional Center for 11 years. He was an avid Chicago Cubs Fan.

Memorial donations may be made to the American Cancer Society.