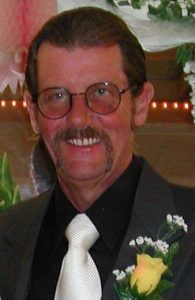 Cremation rites have been accorded by Holland Barry & Bennett Funeral Home, Lincoln. A celebration of life will be held from 1-4 on Saturday, April 28, 2018 at the Eagles Lodge, Lincoln.

Terry was born May 31, 1954 in El Paso, TX., the son of Dean Paul and Delores Jane (Lessen) Davison. He married Cynthia Benskin on April 29, 2008. He was employed as a fork lift operator at Eaton for 20 years. He enjoyed camping, fishing, boating, and riding motorcycles. He was a member and former President of Salt Creek Abate. He enjoyed classic cars, going to the races, and even working in the pits.

He was preceded in death by his parents and grandparents.

Memorial donations may be made to Cynthia Davison for assistance with expenses.