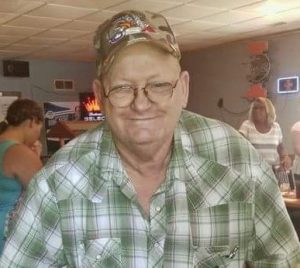 Thomas Lee “Tom” Tibbs, 61, of New Holland, passed away November 29, 2016 at his home surrpunded by his loving family.

Cremation rites have been accorded byHolland Barry & Bennett Funeral Home. A celebration of life will be held Tuesday, December 6, 2016 at 6 PM at the Tibbs’ residence in New Holland.

Tom was born December 7, 1954 in Shelbyville, IL., the son of Roland and Lottie (Preston) Tibbs. He married Shirley Daniels on December 22, 1978 in Mississippi.

He proudly served in the United States Army. Tom was welder, mechanic, and carpenter. He was formerly employed by the Logan County Cemetery District. He was an avid barterer. He enjoyed fishing, camping, watching wrestling and westerns, spending time in the garage, and spending time with his grandchildren.