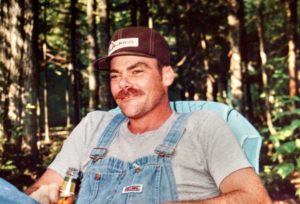 Walter Benton Berger, age 57 passed away after a short yet courageous battle against colon cancer on the 29th day of May, 2016, at his home with his family at his side. Walter was the son of Daniel W. Berger and Betty J. Harris, born in Lincoln, IL on September 24, 1958. He graduated from New Holland-Middletown High School in 1976 where he participated in sports, track and field, and in the FFA (Future Farmers of America).
Learning at an early age not just from his father, but from being a Boy Scout, Walter understood the value of honesty,integrity and morality. He always did the “right thing” nomatter how difficult it may be. As a boy, he was once given a penny too much in change and when he got home he realized the error. He then rode his bike several miles just to return the extra penny. Walter became the epitome of the part of the FFA creed that reads, “…faith born not of words but of deeds.”
Walter was born into a farmer’s life and he loved it, the challenges, the struggles, and the satisfaction of actually reaping what you sow. That is why he farmed with his father in an area known locally as “Coonsburg” until 1985 when he took over farming what was then known as the Landau farm west of Lincoln, where he began a long and close friendship with neighbor Larry and Julia.
To know Walter was to love Walter, how could you not? His smile was warm his voice was deep, his handshake firm and his stride long. He was known to be quiet but was incredibly funny. Although Walter loved living in the era of playing cards, shooting pool and playing pinball in a smoke filled back room, he really enjoyed reading, playing classic video games as well as the challenges of finding the ever allusive morel mushrooms, fishing and bagging the big buck.
Being a staunch supporter of the Second Amendment, Walter was an active life time member of the NRA and a member of the Heritage Foundation. For Walter, the name “Bonanza” was not simply an old western show he loved, but rather the name of his favorite place to eat in Lincoln. Besides good food, he knew he could count on the owner and good friend Brett for some great conversations and a good laugh.
Walter was preceded in death by his mother, Betty J. McLaughlin, and his sister Pamela R. Kegerris (Jeff) of Batavia, IL. He is survived by his father, Daniel W. Berger of Lincoln, IL, sisters Rebecca Parrish (Leon) of Surgoinsville, TN, Elizabeth Berger of Bristol, TN, three beautiful nieces, cousins, best friends Eddie Davison, Bill Cooper, Danny Dean, special friend Karen Sights and many other dear friends. At Walter’s request there will be no visitation but a private memorial will be held for his family.
Holland Barry& Bennett Funeral Home has been entrusted with his care.